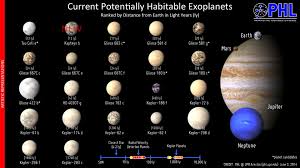 Futura-sciences.com, @futurasciences
Mankind has slowly evolved in the past centuries from home-made telescopes by Galileo and his likes to bigger telescopes, made of hexagonal segments (French scientists believe France is an hexagon).
A number of scientists have been working on breakthrough technologies to revolutionize telescopes, including Fizeau in the 1840s and Michelson (1852-1931, Nobel Prize).
A new generation of telescopes is now under way, born in the genious brain of Professor Antoine Emile Henry Labeyrie, known as Antoine Labeyrie, professor emeritus at the College de France and world pioneer and expert in interferometry.
Science & Vie (a French scientific magazine) just issued a magazine under number HS N°276, dated september 2016, titled ’10 space dreams’ (‘10 rêves d’espace‘), of which discovering other forms of life in space.
The human scientists, those born on our old planet Earth, are dreaming for centuries to meet their space neighbours, anywhere in the Universe and possibly near Alpha Centaurus or among one of the 3,900 exoplanets found to date… among some 300 bn potential exoplanets, potentially habitable to humans or to other forms of life, and this in our ‘Milky Way’ alone, not counting the other millions of galaxies…
As mankind has evolved from small telescopes of 10 to 30 centimeters (1ft) to 4, 8, 10 or 12 meters in a matter of five centuries, we need kilometers to go much further in space.
Distance of Earth to the Sun is about 150m kilometers, called AU or Astronomic Unit. But 1 light year (LY) is about 63,241 AU or about 9.5 trillion kilometers (6 trillion miles).
When 30cm telescopes were enough to observe such neighbours as Mars, Venus, Mercury or the binary system of planets Pluto & Charon, 10m large telescopes are only able to see 33 times further with the same quality of light and image definition.

The future largest world telescope is due in 2024 in Chile, under the management of ESO (European Space Organisation), with a 39 meters diameter.

Again the new James-Webb-Space-Telescope (JWST) to replace Hubble in October 2018 will more than double Hubble diameter of 2.4m to 6.5 meters and will discover millions of new stars but both will still be limited vs virtual telescopes and interferometry and will only allow scientists to see luminous points for the exoplanets at distances from 4 to 500 light-years from the Earth.
Antoine Labeyrie is a modest pioneer, who has invented speckle interferometry in 1970, and has executed millions of calculations and tests to improve his techniques.

This has already allowed to find Charon, the binary sister of Pluto and many details of distant stars and galaxies.

Antoine Labeyrie is currently working on the 1st ‘Hyper-Télescope’ built in the French Alps to help mankind reach a new major breakthrough in space observation.
This member of the French Academy of Sciences has proposes NASA and ESA (European Space Agency) a gigantic Exo-Earth-Imager (EEI), made of hundreds or thousands of small telescopes, to reflect space light like a field of solar panels and constitute together a gigantic virtual telescope.
In the direct line of Galileo, Fizeau and Michelson, professor Labeyrie graduated from the « grande école » SupOptique and invented speckle interferometry. Now he has decided to go from theoretical calculation & research to field prove of his findings. Like the 19th century pioneers, he has gathered around him dozens of passionated astronomers, professionnal or working all their free time on astronomy. They are building together the ‘Ubaye Valley Hyper-Télescope’, in the French Alps, with fabulous energy and new findings by the month.
But, surprisingly enough, such a world-class scientist as Antoine Labeyrie does not receive any more financial support from world-class CNRS, French Ministry of Science or College de France, as he is older than 70 !.
And everyone knows all the major corporate giants have allowed their CEOs to go further until 75, 80 or 85 years of age, proof that private actors are adapting to talents and human qualities. Jack Welsh (GE) and Antoine Bernheim (Generali) are examples of such talents.
With the courage and will proper to great scientists like the hard-working French Nobel Prizes in Physics or Chemistery Pierre & Marie Curie, Pierre-Gilles de Gennes, Georges Charpak, Claude Cohen-Tannoudji, Albert Fert & Serge Haroche, Antoine Labeyrie keeps experimenting and proving day after day the power of interferometry and Hyper-Télescopy. Here is a French language Q&As film about this project :
You Tube : https://www.youtube.com/watch?v=ceY6uzKvHUQ
Antoine Labeyrie is currently looking for sponsors, be they citizens or companies to help him about this breakthrough for mankind project and finish as soon as possible his French Alps ‘Ubaye Hyper-Télescope’, started in 2011.
He is also looking for students, engineers and scientists who would be happy to support the project teams, coming for a few weeks in the Southeast of France.
This Hyper-Telescope project aims at multiplying by 100 the human potential of observation of galaxies, stars and exoplanets. You may be part of this one-time-in-a-life adventure.

You may support Labeyrie’s project, be that for €10 or €5,000 by sending bank transfers, Western Union transfers or international checks in euro currency at

France for English-speaking visitors
english
Peintres Français
The famous ‘Gergovia’ Victory of the Gauls vs Caesar could well have taken place in Clermont-Ferrand, capital city of the ‘Arvernes’, one of the strongest Ancient Celtic people, now Auvergne